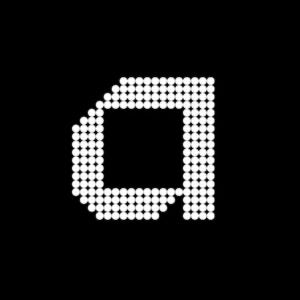 Fears that the global transition to a low-carbon economy will drive inflation over the long term are overblown, with the tightening of monetary policy set to have far greater implications for portfolios.

Some observers point to the energy transition as inherently inflationary, with companies compelled to invest less in fossil-fuel energy at a time when the costs for renewable energy remain elevated.

The market has labelled this green inflation – the contribution that environmental policies have on the cost of delivering goods and services that is passed on via supply chains to consumer prices.

In truth, there are a variety of regulations and policies that can influence inflation. The international push-back against globalisation – for example, the continued imposition of trade tariffs – is one of the forces putting upward pressure on prices.

While the pandemic has highlighted the fragility of global supply chains and logistical networks, Russia’s invasion of Ukraine has extended inflationary drivers by delaying the recovery process and amplifying commodity price pressures as the war restricts access to energy, metals and grains.

However, the reason that the US has an inflation problem is not due to climate policies, but because its economy was overstimulated as it emerged from Covid-19. The US retained accommodative monetary and fiscal policies for too long, and now its labour market is running red hot.

A multi-year commodity boom in areas of renewable energy that require specialist components – such a rare earth metals – is possible owing to high demand and limited supply. But overall, we don’t see green inflation as a meaningful contributor to rising consumer prices over the long term.

Climate policies tend to operate over decades, meaning they’re a structural driver of relative prices. However, at an aggregate level, consumers will only ever experience sustained high inflation if major central banks allow that to happen. Even if we were to see sustained commodity price increases, we would not expect headline inflation to remain above central bank targets for extended periods.

What we’re seeing now is central banks reacting to excess inflation, and we expect them to prioritise anchoring inflation over growth. We don’t think we’ll be debating green inflation in two years’ time, rather the consequences of a US recession that came sooner than expected.

Really, the narrative around green inflation is being driven by what’s happening in the West. On the whole, inflation is far lower across Asia Pacific, where climate policy is at a much earlier stage of implementation and there aren’t the same constraints on the fossil fuel sector. Moreover, delays in the reopening of Asian economies post Covid-19 has led to more subdued activity levels.

One key question for investors to consider is the role that Asia Pacific will play in the technological innovation required to effect the global energy transition, and whether that will be disinflationary.

From a macroeconomic perspective, policy initiatives by governments and central banks in Asia Pacific have been more prudent, with less willingness to prop up markets artificially. The region has far lower debt levels, fewer constraints on governments and strong state capacity to act. There’s tremendous capital available to Asian governments and companies to effect the energy transition.

We believe Asian companies will play an increasingly prominent role in investor portfolios. There can be no energy transition without Asia, where industrial pollution has forced governments to act.

Heavy investment has brought the cost of technology down sharply over the past decade. Solar power became cheaper than coal-fired energy by 2015 in India, enabling it to invest in renewable energy quite aggressively.

We think the technological innovation we are seeing at Asian companies to solve real world problems should be better reflected in portfolios. Some of these companies are working hard to bring down the cost of green hydrogen.

Nowhere is this more relevant than China’s highly polluting manufacturing sector, which needs to embrace new energies to clean up entire supply chains.

China wants to do for green hydrogen what it has already done for solar technology and some wind turbine technologies.

We’re optimistic, since it will only take progress in countries such as India and China to have a marked impact on correcting some problems the planet is facing. Ultimately, we want to see the power of capitalism and innovation turned towards the global energy transition.

But wealthier nations need to live up to their commitments to assist poorer countries so that they don’t routinely get left behind. While China will continue to play a critical role in bringing down the costs of technology, this will take time and poorer countries will need support in the interim.

Of course, asset managers have parameters on what they can and can’t invest in. Poor countries often have low credit ratings, governance problems or capital markets not fully formed. We must find a way to mobilise capital to benefit these countries; it’s part of the equation that needs solving.

In the near term, some solutions will appear inflationary. Electric vehicles, for example, are more expensive than those with internal combustion engines. Yet electric vehicles is where we see relative prices falling the most – and that’s true of a wide range of renewable technologies, such as solar PV.

But forces that appear inflationary today can be disinflationary in future. There will also come a time when commodity prices fall, and as a big commodity importer Asia would be a major beneficiary.

What’s incumbent on asset managers when promoting sustainable investments is to communicate that it’s a long-term decision. Commodity and fossil-fuel-intensive businesses are doing well because production costs have risen more slowly than prices, which is good for earnings and valuations.

Conversely, valuations among renewables became expensive at times last year because many of the businesses are growth firms, so as the interest-rate structure increased, the discount rate applied to their earnings also increased – leading to significant underperformance.

What it underlines is that investors are likely to experience plenty of variance along the way. Even if you’re confident that central banks will get on top of this problem eventually, strategies that seek to manage inflation and volatility will be appealing from a portfolio perspective over the near term.

Jeremy Lawson and Ken Akintewe were speaking at abrdn’s inaugural Sustainability Summit in Singapore on May 24 in a fireside chat entitled ‘Green Inflation – Separating Facts from Fiction’.

Jeremy joined the company in March 2013 as a Senior International Economist, becoming Chief Economist in October 2013. He is now responsible for overseeing the firm's economic research and economic forecasts as Head of the ASI Research Institute. Jeremy is also a member of the Strategic Investment Group and Global Investment Group.
Prior to joining Standard Life Investments, Jeremy was a Senior US Economist at BNP Paribas, responsible for US inflation and fiscal policy forecasts and contributing to macroeconomic forecasts. He also spent time at the Institute of International Finance, OECD, Reserve Bank of Australia and the Office of the Leader of the Australian Federal Opposition. He has also tutored economics at both the University of Adelaide and the London School of Economics.
Jeremy graduated with a Bachelor of Economics (1st Hons) from the University of Adelaide and an MSc in Economics, London School of Economics.

Kenneth is the Head of Asian Sovereign Debt on the Asia Pacific fixed income team. Kenneth is responsible for coordinating Asian interest rate and foreign exchange strategy. Kenneth is also a Vice President and Officer for the Aberdeen Asia-Pacific Income Fund, Aberdeen Global Income Fund and Aberdeen Asia-Pacific Income Investment Company Limited. Following a graduate traineeship in 2002 with the global equities team in Glasgow, Kenneth joined the global fixed income team in London in 2003. In his role as assistant fund manager, he transferred to the Singapore office in 2004 to facilitate the incorporation of Asian fixed income into global bond portfolios, before joining the Asia Pacific fixed income team in 2005 to focus on Asian local currency interest rate and foreign exchange strategy.
Kenneth graduated with an MA in Economics and an MSc in International Banking and Financial Studies from Heriot-Watt University, Edinburgh, UK.

The information, materials or opinions contained on this website are for general information purposes only and are not intended to constitute legal or other professional advice and should not be relied on or treated as a substitute for specific advice of any kind.

We make no warranties, representations or undertakings about any of the content of this website; including without limitation any representations as to the quality, accuracy, completeness or fitness of any particular purpose of such content, or in relation to any content of articles provided by third parties and displayed on this website or any website referred to or accessed by hyperlinks through this website.

Although we make reasonable efforts to update the information on this site, we make no representations, warranties or guarantees whether express or implied that the content on our site is accurate complete or up to date.

abrdn is a global investment company and asset manager committed to helping our customers achieve their financial goals.