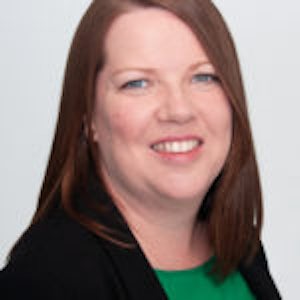 For the uninitiated, the 2014 Budget announcement that the government would “legislate to remove all remaining tax restrictions”1 on access to pension pots may not have sounded particularly radical.

From April 2015, members of Defined Contribution schemes would be able to access their entire pension pot from age 55 without being heavily penalised. They would still be able to take up to 25% tax-free, with the remainder taxed at the saver’s marginal rate instead of the previous 55%.

For those of us in the long-term savings industry, however, the announcement marked the start of a new era. The initial announcement was just the beginning. The new rules came into force in 2015, followed by a long and ongoing series of investigations, consultations and reviews.

There’s been a rash of likely unintended consequences along the way, including a surge of demand for transfers from Defined Benefit to Defined Contribution pensions, unexpected tax bills and, in some cases, clear signs of people taking their money too quickly and risking destitution later in retirement.

So, as we reach the fifth anniversary of the pension freedoms taking effect, now seems a good time to reflect on their impact.

Perhaps the most immediate and lasting effect has been a wholesale shift from annuities to drawdown as the choice of retirement income option.

Prior to 2015, more than 90% of pension savings were used to buy annuities2. By 2018/19, annuities accounted for just 11% of the plans accessed for the first time, while three in 10 were plans that entered drawdown and more than half were plans where all the funds were taken out of the pension, having not previously been accessed3.

That also means, of course, that large numbers of retirees are now potentially in need of advice on retirement, having opted for an ongoing and more complex alternative to the one-off purchase that annuities represent.

Many are also taking sizeable amounts of cash from their pensions. HMRC data published in January4 showed that withdrawals reached a record £9.4bn in 2019, almost double the amount of three years earlier.

Almost £33bn has been flexibly withdrawn from pensions since the freedoms took effect, with many taking the risk of incurring unexpected and potentially hefty tax bills as a result.

Missing out on the value of advice

As awareness grows of the various pitfalls around drawdown, and efforts to promote advice and guidance are stepped up, that may change. There is clearly room for improvement though, reinforcing the ongoing opportunity for advisers working in this area.

Pathways on the way

The next big staging point will come in August 2020, from when providers will have to offer default fund options to non-advised investors, under the regulator’s Investment Pathways.

These will be based on four broad objectives:

The aim is to reduce the risk of people taking excessive risks with their retirement income, with FCA data showing that 40% of withdrawals in 2018/19 were at an annual rate of 8% and over, and nearly three quarters at 4% and over6.

A challenge - and a chance

While the pathways are designed for non-advised clients, their inception will have implications for advisers too. That’s because of a requirement for you to consider pathways when making personal recommendations to clients about investing drawdown funds. In other words, you will need to show your own recommendation is more suitable for the client than the pathway they could have opted for.

There is potential for some clients to opt for pathways over professional advice, but the move may also serve to increase demand for your services. When confronted with the various choices by providers some investors may realise that they need to know more before they can decide. Others may feel the pathways are too simplistic and that they would like to get advice on a more sophisticated investment approach to get the most from their pension.

Markets have also been largely benign since the freedoms took effect, extending the long bull market that began in 2009. When that changes, however, the risks of investing in drawdown will likely become more apparent, as issues such as sequencing risk become more real.

Whether it’s setting effective investment strategies that can cope with all market conditions, building cashflow plans, managing tax implications, assessing risk and managing drawdown pots over time, you know how to add value for your clients.

Vast numbers of people are reaching retirement over the coming years, many of whom will need a helping hand with their retirement income choices. So five years on, while the freedoms have caused a few headaches, they’ve generated significant opportunities too. You may find the real commercial challenge is in identifying, targeting and developing propositions for those specific client segments you can most profitably serve.

Sara joined Alliance Trust Savings in March 2013. Previously, she worked for Standard Life and Xansa, a technology outsourcing company. She received a BA Honours in International Business from the University of Teesside and a Post Graduate Diploma in Marketing of Napier University, Edinburgh.

Please remember the value of your clients' investments and any income from them can go down as well as up and your client may get back less than the amount they originally invested. Past performance is not a guide to future performance.

The information, materials or opinions contained on this website are for general information purposes only and are not intended to constitute legal or other professional advice and should not be relied on treated as a substitute for specific advice of any kind.

We make no warranties, representatives or undertakings about any of the content of this website (including without limitation any representations as to the quality, accuracy, completeness or fitness of any particular purpose of such content, or in relation to any content of articles provided by third parties and displayed on this website or any website referred to or accessed by hyperlinks through this website.

Although we make reasonable efforts to update the information on this site, we make no representation warranties or guarantees whether express or implied that the content on our site is accurate complete or up to date.

Sara joined Alliance Trust Savings in March 2013. Previously, she worked for Standard Life and Xansa, a technology outsourcing company. She received a BA Honours in International Business from the University of Teesside and a Post Graduate Diploma in Marketing of Napier University, Edinburgh.