Living longer: Can we afford it? 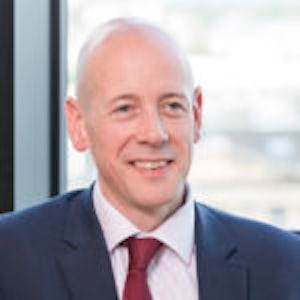 The value of your investment and any income from it can go down as well as up and as a result your capital may be at risk.

Traditional financial planning no longer covers our extending lifespans. Malcolm Borthwick, Managing Editor at Baillie Gifford, shares some key takeaways from a conversation with colleague Steven Hay on why we need to think differently about how we invest.

What are the chances of living to 105? For a child born in the west today, it’s over 50 per cent, according to the authors of The 100-Year Life: Living and Working in an Age of Longevity. A century ago, the chances were less than one per cent. More of us are living longer, staying healthier for longer, and working for longer.

The ‘three-stage life’ invented in the 20th century – education, work, retirement – won’t stretch to the possible life spans of 100 years that health improvements now allow. Andrew Scott, along with co-author and fellow London Business School academic Lynda Gratton, believes that in this new era, your life must drive your finances, not the other way around. That has clear implications for an investment portfolio and for financial planning generally.

Steven Hay, joint manager of the Baillie Gifford Managed Fund and the Multi Asset Income Fund, thinks that with increased pension freedom, people need to take charge and figure out “how they’re going to want their finances to work for them during their life”.

Income is key, not least because people aren’t saving enough. Yet the elephant in the room is that annuities, traditionally the mechanism by which investors have generated income in later life, are expensive. They won’t make sense for many. And anyone relying on UK equities alone for income will be disappointed because almost half of UK companies have suspended dividends to preserve cash as they deal with the effects of Covid-19.

Instead, in Hay’s view, we should think about “natural income”, blending various income-generating assets in a portfolio to produce diversity. There are, he claims, ways to do that beyond government or corporate bonds. One is buying infrastructure-related equities. These will typically produce regular cash flows, and tend to hold value in real terms.

“If you can blend together a global equity portfolio, with infrastructure assets or some property, and bits of the fixed income market such as emerging market or corporate bonds where you get a decent yield, then even if one of those areas does suffer some lower income, you have other bits of income which can supplement it,” Hay explains.

He believes the way in which investment and savings products are described and explained needs to improve if people are to properly understand “the different jobs that people will need them to do in order to fund that longer retirement”.

Ultimately, it’s hard for investors to judge what’s going to be needed in the distant future described in Scott and Gratton’s book. The authors suggest that people should aim for half of their last working income – from a salary, say – to cover retirement spending. Hay thinks that 50-60 per cent is what people should aim for, requiring greater amounts to be saved than most are managing now.

Hay’s own plans are instructive. With six children, he doesn’t see much scope to save as he would like. But once he hits his early 60s, he will be thinking about flexible working, plus scaling down the hours in his investment role to fit in some training and counselling, even helping to repair or recycle bicycles, to apply his interest in bike mechanics.

“I have ideas [for] what I could do to generate a bit of income. Maybe less than during my main working career, but something that can help me to not go into my pension pot as early, and therefore leave my growth assets for as long as possible,” Hay says.

“Then, once I’m in my 70s and I’m not wanting to do much of even those types of jobs, I will scale down my work commitments. I would think I would be switching into income-producing assets at that point, into assets such as infrastructure or those equities that do provide a good income, and something that’s diversified and more stable. That would hopefully provide enough income to live off.”

For his part, asked whether the 100-year life is a blessing or a curse, Prof Scott cites the need for “longevity insurance”: people preparing their finances, skills and relationships for the future. That way, people won’t outlive their assets, relationships and purpose, making old age more a blessing than a burden.

You can discover more from Steven Hay on the implications of our longer lifespans in the Baillie Gifford podcast ‘Short Briefings on Long Term Thinking’.

This article does not constitute, and is not subject to the protections afforded to, independent research. Baillie Gifford and its staff may have dealt in the investments concerned. The views expressed are not statements of fact and should not be considered as advice or a recommendation to buy, sell or hold a particular investment.

All information is sourced from Baillie Gifford & Co Limited and is current unless otherwise stated.

The information, materials or opinions contained on this website are for general information purposes only and are not intended to constitute legal or other professional advice and should not be relied on treated as a substitute for specific advice of any kind.

We make no warranties, representatives or undertakings about any of the content of this website (including without limitation any representations as to the quality, accuracy, completeness or fitness of any particular purpose of such content, or in relation to any content of articles provided by third parties and displayed on this website or any website referred to or accessed by hyperlinks through this website.

Although we make reasonable efforts to update the information on this site, we make no representation warranties or guarantees whether express or implied that the content on our site is accurate complete or up to date.